Imagine you’re handed a product, project, or message and given the task to generate as much exposure as possible. Would you have any idea how? Ads in newspapers wouldn’t do it. Do they even make those anymore? OK, maybe you’re thinking billboards. Do you remember the last billboard you saw?

When you need to get views or maximize engagement, video animation production serves as one of the best available mediums to attract viewers and effectively communicate a specific message. In this article, we’ll walk you through everything you need to know when considering animated video production.

The Many Benefits of Animated Video Production

People just like video more. It’s one of the best mediums for any marketing or communication effort, with over 3 billion people viewing video over the internet at least once per month. Suddenly, “a billion views!!!” seems almost like a reasonable goal.

Of all video content, animated video is the most popular, both with viewers and creators. It’s fun, accessible, and reminds people of a simpler, happier time. Here are some other significant benefits of using animated video to spread the word.

Animated video, by its nature, simplifies things. All the bumpy, freckly, warty complexity of a subject can be smoothed away and made more knowable. Even highly technical things are easier to digest in animation, and simple shapes and colors make 2D animation easy to watch.

People don’t really remember much of what they read. They remember what they watch, and viewers retain 95% more information presented in a video than in text-based messages. Want to be remembered? You’ll want to make animated videos part of your marketing strategy.

Actors are expensive. They need food, makeup, wardrobe, scripts, and of course, expect payment. Every cast needs a crew, so you can add camera operators, sound engineers, gaffers, and grips. Oh, and all those folks need equipment. And need permits. And insurance.

Live-action video is expensive, time-consuming, and complicated. Animated video production services are much more affordable. You don’t have to feed motion graphics, and the production team is happy with burgers and sushi from the place right around the corner.

Animated explainer video production is one of the most requested services of any animation company. Explainer videos make up almost three-quarters of the current top trending videos. Even intricate and highly detailed information can be presented (with the help of talented and experienced explainer video company personnel!) in a way that is more easily understood and retained.

Funny how literally illustrating a presentation’s key concepts and big ideas can do that.

Use Cases for Animated Video Productions 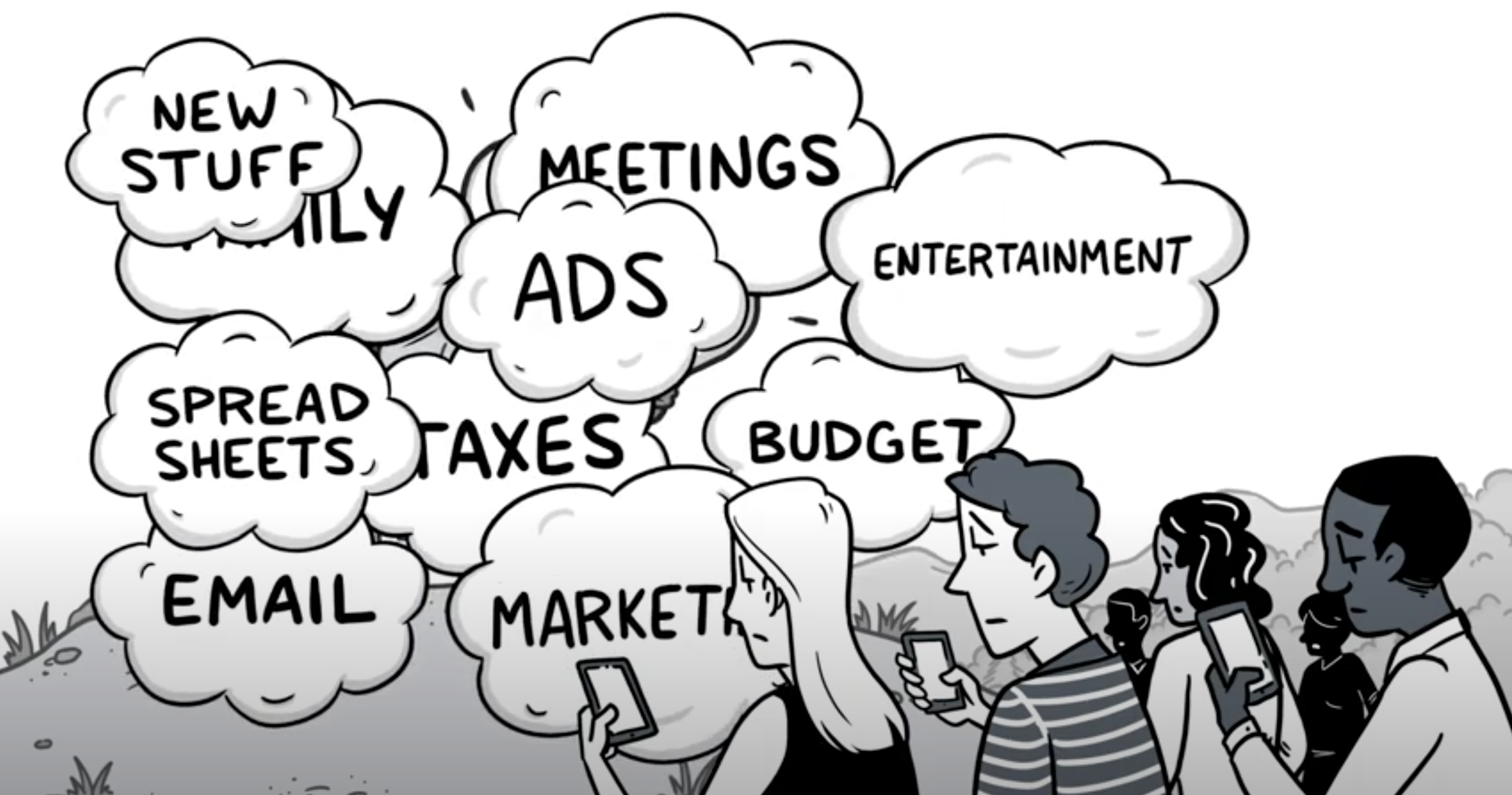 There are as many uses for animated videos as there are ways to bring a specific message to a particular target audience. Choosing the right one could be easier with the assistance of the right animated video production company … but more about that in a bit.

Animated video can convey the little details and the big picture in entertaining, engaging, and practical ways across many different subjects and circumstances. Here are just a few.

Animated video is a perfect medium for instructional material of any kind. Nothing gets the important details across like animation, whether it’s imparting knowledge about the Norman conquest of England or teaching the new guy how to operate the Norman Machine Tool Dake 5/8” Drill Press. It’s so well suited for it that you can actually make an instructional video about how to get an education.

Animated video is a great way to add a little zoom and boom to the conference room. Who knew project check-in meetings could be exciting or fun until visualizing your boss as a little cartoon bear.

Calculus might be better understood iif explainer videos had been around in high school. The very first one (in 2008) explained how Twitter worked and was followed the next year by a video Dropbox posted, explaining how their service worked.It was a roaring success — they added 10 million users (and $50 million!). We can’t guarantee the same results, but it shows how effective video animation can be.

Animation is increasingly popular for all the reasons mentioned above. It’s effective, engaging, affordable, and less complex than live-action. Here’s a look at the most seen types of animated video.

2D or two-dimensional animation is what most people are familiar with. Characters, landscapes, props, etc., are drawn in a flat plane. Details like perspective must be created by drawing the characters at different sizes.

The motion graphics animation style is characterized by bold geometrics, charts with text and numbers, and other elements that help explain the complex data being presented. Alone or as an overlay for live-action video, this can be quite effective at quickly disseminating critical information.

3D animation is, unlike 2D animation, capable of depicting depth and width. 3D objects are typically modeled from a digital mesh, not drawn by hand. It’s generally much more expensive than 2D projects and isn’t usually the best value.

The Process for Animated Video Production 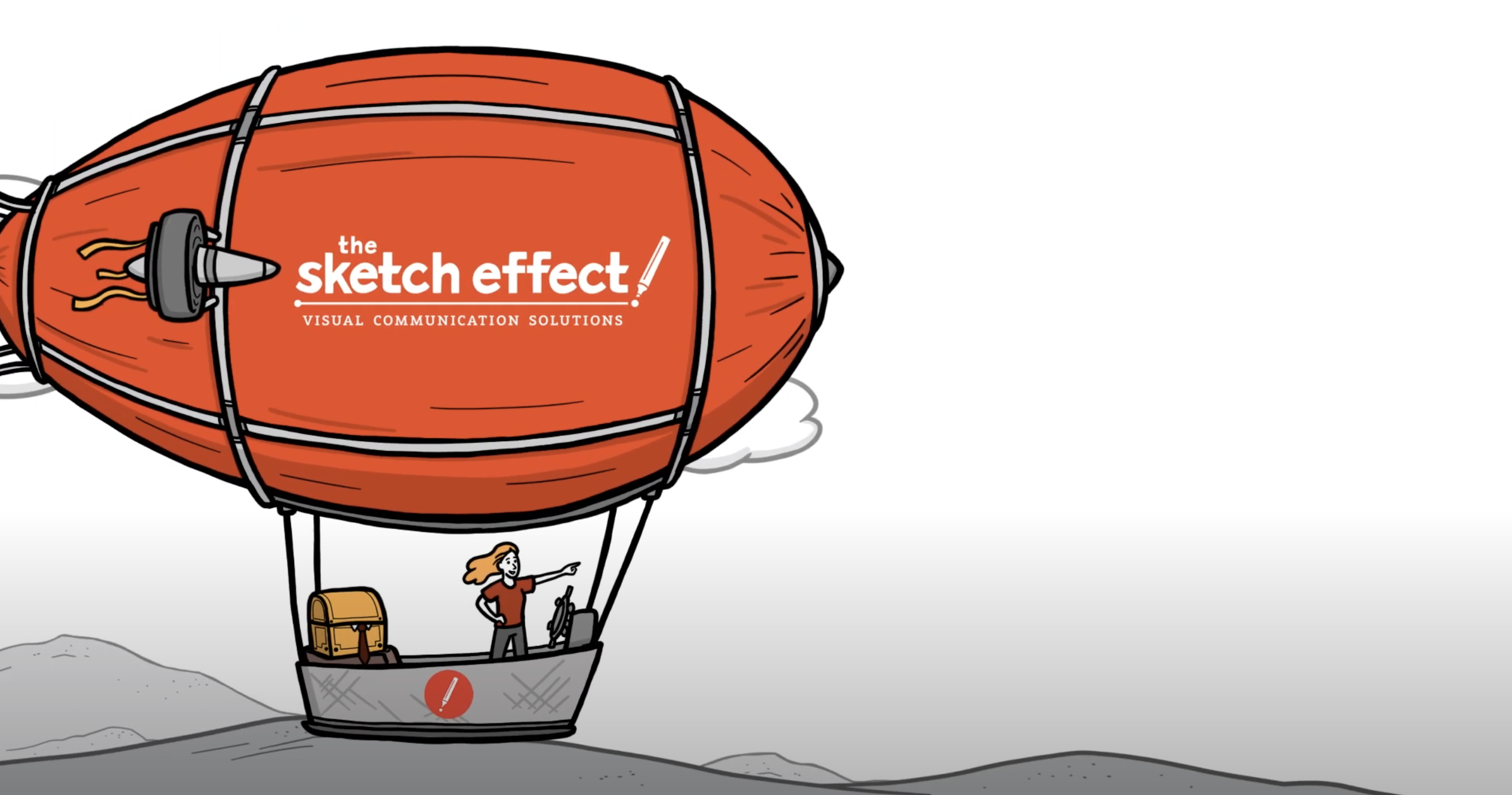 Systems make things run more smoothly, eliminate the need for a lot of back and forth, and keep everyone on the same page and knowing what to expect. Working with a finely tuned production team can be a lot of fun.

Here’s how the procedure generally unfolds at The Sketch Effect.

Communication should be a two-way street, at a minimum. The first step is to know the subject, scope, and scale of a client’s project. Understanding a client’s vision and values is integral to speaking in their voice, which means listening, asking the right questions, and listening some more. A careful, thoughtful approach creates video animation that conveys the right message in the right tone.

Scriptwriting and Voice Over

Once the general direction is understood by everyone on the team, it moves on to the scriptwriters. They create a framework for the animation, defining how the information central to the project can be expressed in the most effective ways. Narration is woven throughout the script’s structure, and voiceover work can commence.

Following the script, storyboard artists carefully create a visual version of the plot. Like old-school comic books, rough sketches in boxes depict what should appear on screen at essential points. These keyframes are captioned with narrative or any needed stage direction. The storyboard is like a map of what the finished product should be and can help prevent costly errors or misunderstandings.

I love this part, probably most of all. Armed with a script, voiceover reels, and a polished storyboard, animation artists make it all come to life. The little world within the script takes shape stroke by stroke, and then these talented folks work with complex and sophisticated software to give it movement and continuity. This is generally the most time-consuming part of the project, as it’s the most intricate.

Once everything is where it’s supposed to be, it’s reviewed frame by frame, tightened up where possible, adjusted where necessary, and generally polished and perfected. The script and storyboard are carefully consulted, as is the client. When everything is as it should be, the project is ready to be finalized, go out into the world, and change it for the better.

You’ll notice we haven’t made any recommendations about who to work with — until now. Knowing what goes into the process will give you a better idea of how important each step is. With the complexities of production, scheduling, and long rendering times, organization and expertise are critical.

There are many video production companies out in the world, reflecting how popular video animation has become. But it’s a complex process, and excellent results require extraordinary efforts. The Sketch Effect has the expertise, talent, and experience required to shepherd your project from conception to presentation in the smoothest, fastest way possible — without cutting corners.

Your message is essential, and we can help get it out into the world whole and unchanged. We’d love to show you what we can do for you — schedule a consultation to discuss your video project needs with us today. We’re here to listen.

Interested in video animation but need a faster solution?

Tell us about your virtual meeting, concerns and your ideas

Tell us how we can inspire you!