One Technique to Achieve Your Goal Faster

Time for a check in!

It’s July, which means we are now half-way through the year. That’s right, people…the year is 50% done.

If you’re a “New Year’s Resolution” kind of person, reflect on the last six months and the goals you set for 2018. How are they going?

Have you run that marathon? Lost that weight? Started that blog? Read those books? Gotten rid of that debt? 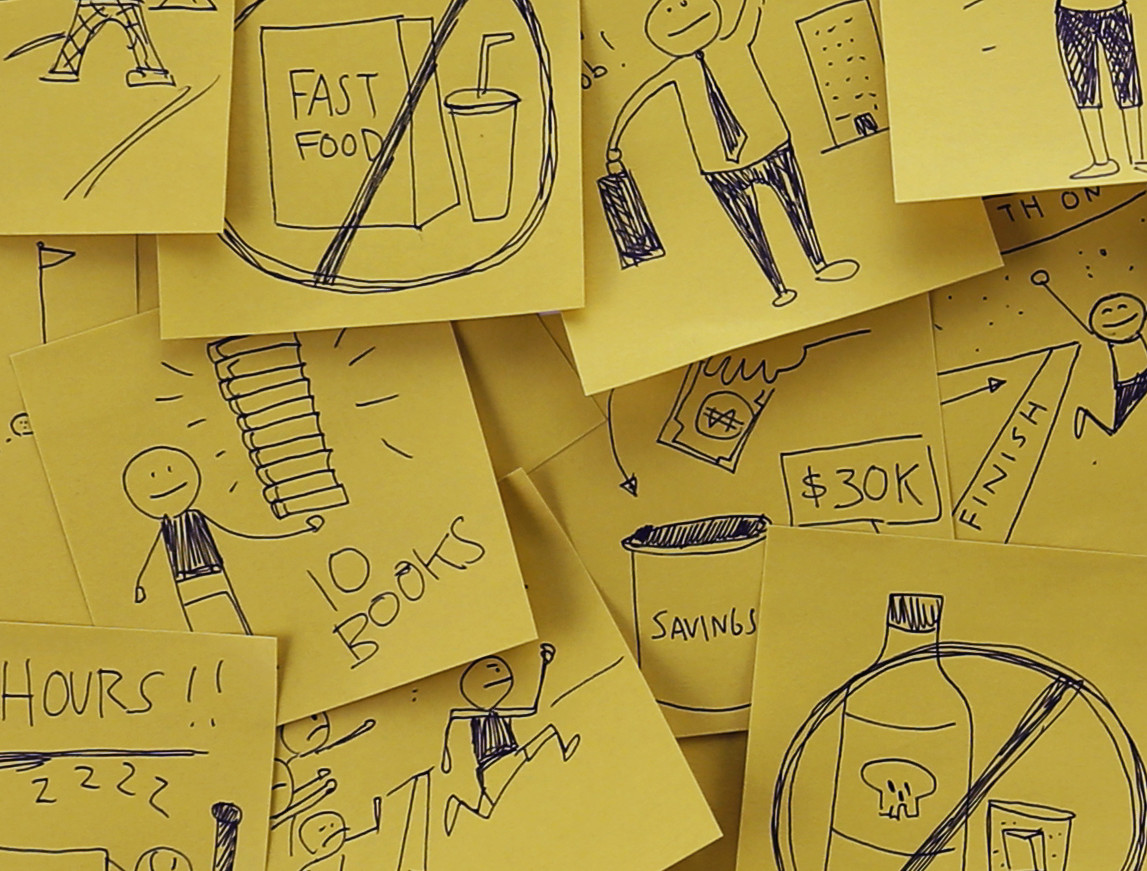 For many of us (myself included), these resolutions don’t always go so well. By July, most of these well-intentioned goals have fallen by the wayside, supplanted by the more urgent demands of work, family, and life.

Everyone knows goal-setting is important, yet we struggle so much with it.

Truth is, human beings are subconsciously hard-wired to resist change.

The good news is that we can mentally “trick” ourselves into not only accepting change, but embracing it.

Using this simple technique, you can accelerate change and sustain it, helping you achieve your goal and achieve it faster.

Ready for the technique? Here goes:

Make a drawing of yourself completing your goal.

That’s right…a literal drawing. Take a sheet of paper, grab a pen, a sharpie, or any preferred writing tool, and draw a picture of your ideal future state. 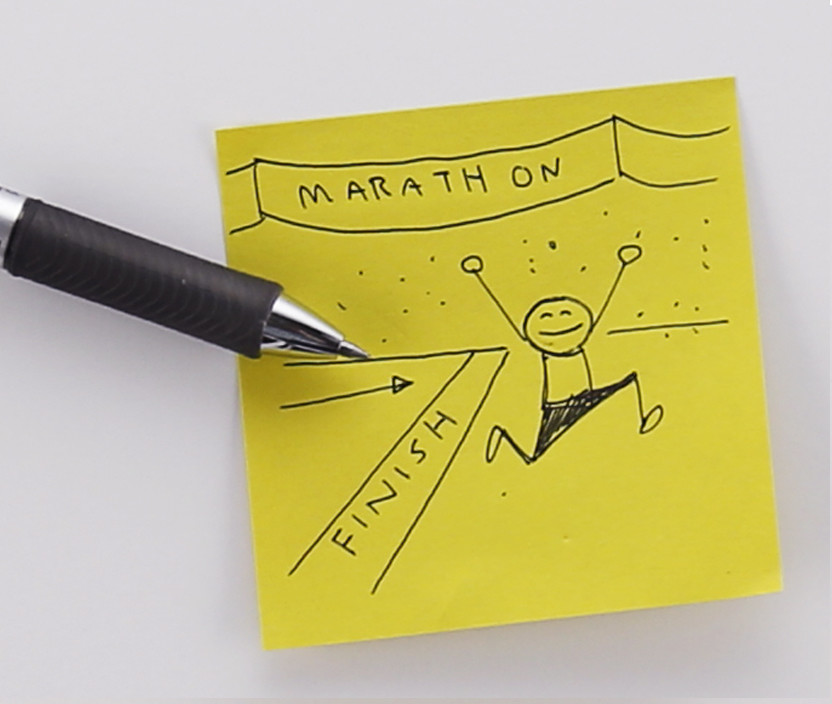 Draw yourself tossing your credit cards in the trash. 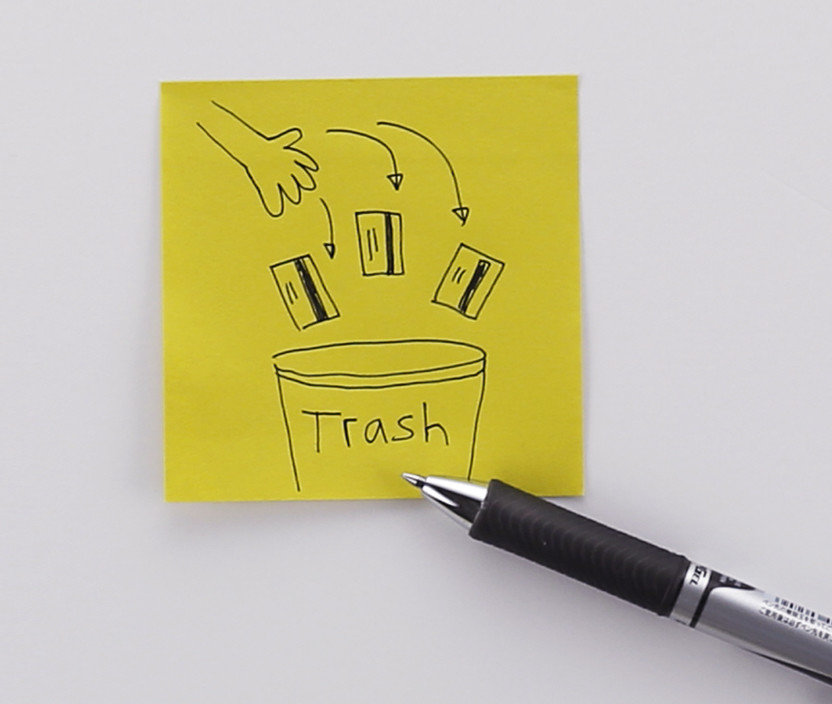 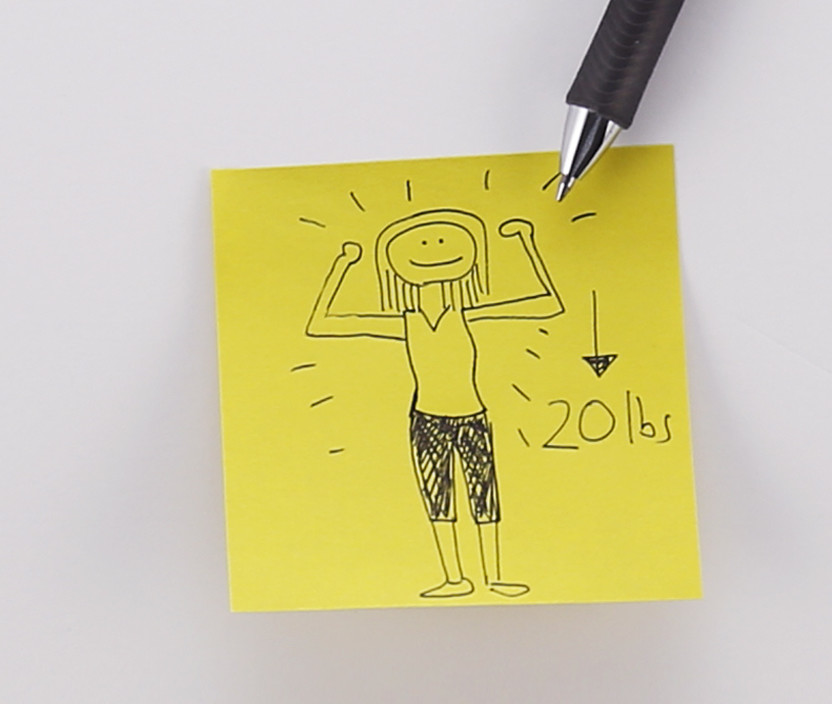 Draw yourself closing on a house. 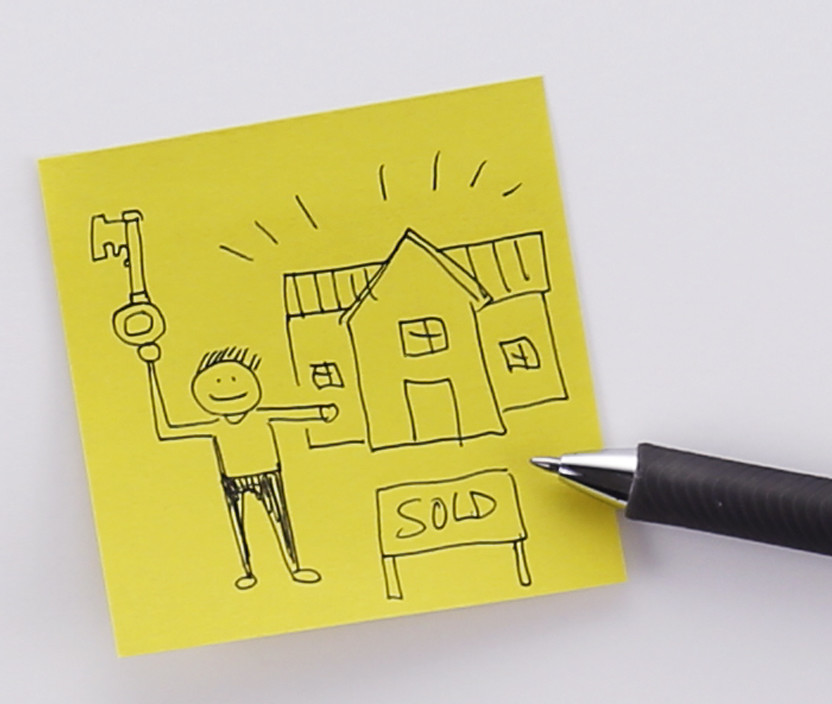 (And before we go any further, a word of caution: PLEASE do not worry about that fact that you’re “not an artist” or that you “can’t even draw a stick figure.” Ignore all that. It’s not about the art…it’s about the idea.)

The seemingly silly and/or juvenile activity of drawing yourself achieving your goal is actually deeply rooted in the scientific and psychological principles of visualization. 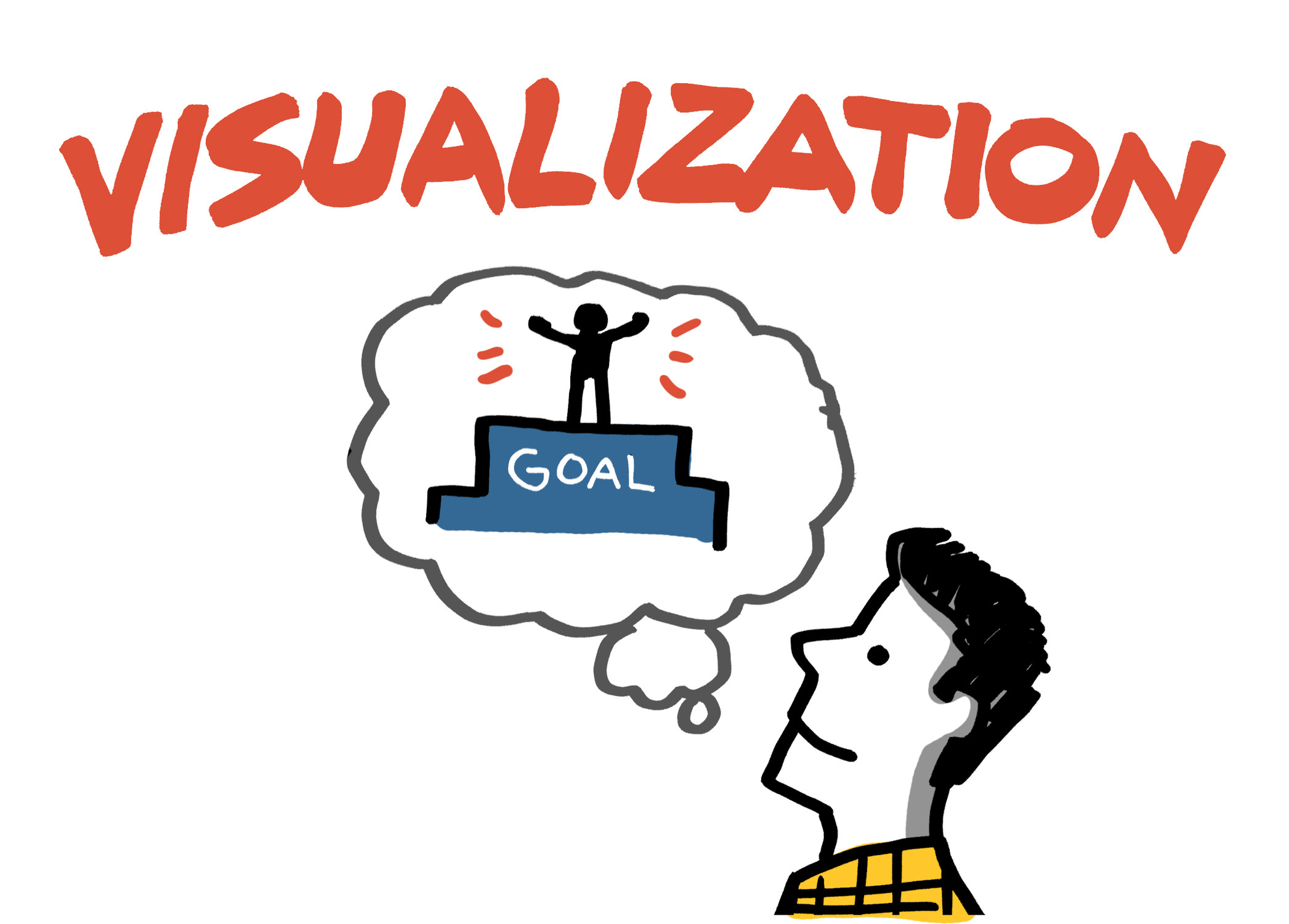 As you are likely aware, visualization is the powerful act of creating an intentional, specific, mental image of a desired outcome. This mental image “tricks” our brain into assuming the future state has already happened, which in turn makes our brain less resistant to change and more able to focus, concentrate, and exert energy to see the desired outcome realized.

To our brains, a visualized goal has already happened, and therefore, it’s less scary and more natural.

Professional athletes are great at this. They visualize themselves making the shot, sinking the put, crossing the finish line in first, or clearing the bar. This visualization actually increases their chances of success.

This isn’t a fluffy, feel-good, self-help hack. Rather, in the words of Ron Burgundy, “It’s Science.”

“Visualization works because neurons in our brains, those electrically excitable cells that transmit information, interpret imagery as equivalent to a real-life action. When we visualize an act, the brain generates an impulse that tells our neurons to “perform” the movement. This creates a new neural pathway — clusters of cells in our brain that work together to create memories or learned behaviors — that primes our body to act in a way consistent to what we imagined.”

Visualization literally rewires our brains, mentally clearing the path and making a goal much more achievable.

Which brings us back to our drawing technique: Drawing a picture of your visualized mental image takes the practice of visualization a step further. It doubles-down on visualization.

Drawing is considered an “anchoring task”, meaning it helps solidify the concept or idea in your brain. In other words, putting pen to paper helps your brain more easily latch on.

By visualizing the visualization – with a drawing, a sketch, a roughly photoshopped image, etc. – you more effectively grasp the desired outcome and can stay motivated. Studies show that visuals increase comprehension and retention of an idea—this includes an idea of a future state or goal.

So, as you go about setting goals (or jump-starting goals you set six months ago), we recommend creating a drawing of yourself achieving those goals. Specifically do three things: 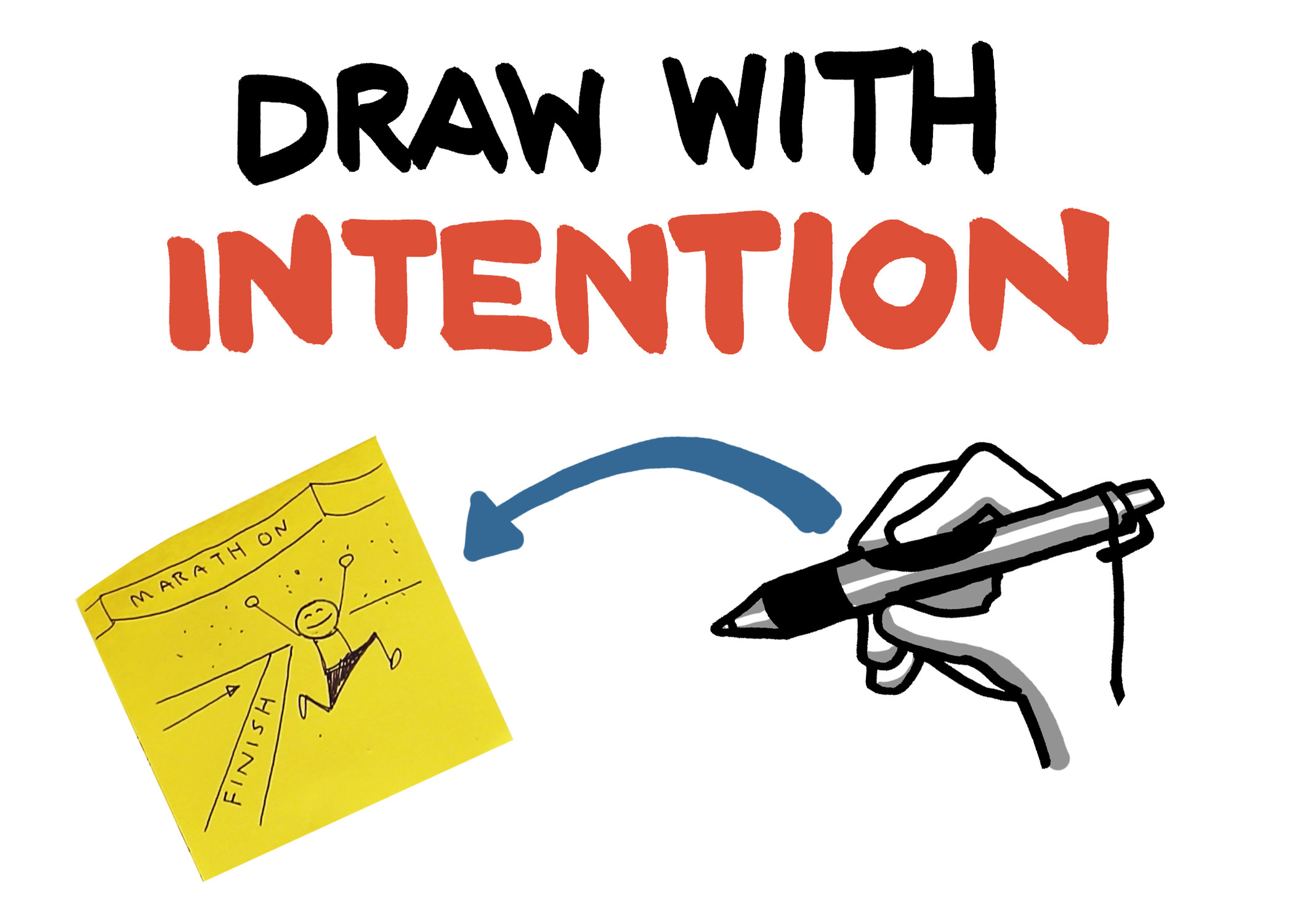 Remember, your goal isn’t to create a work of art, but to create an intentional, focused and refined representation of your goal. Be specific. Include the essential elements of your goal. Leave out anything non-essential. Try using multiple colors. Include key words and phrases. Imbue your drawing with the emotions associated with your desired outcome. 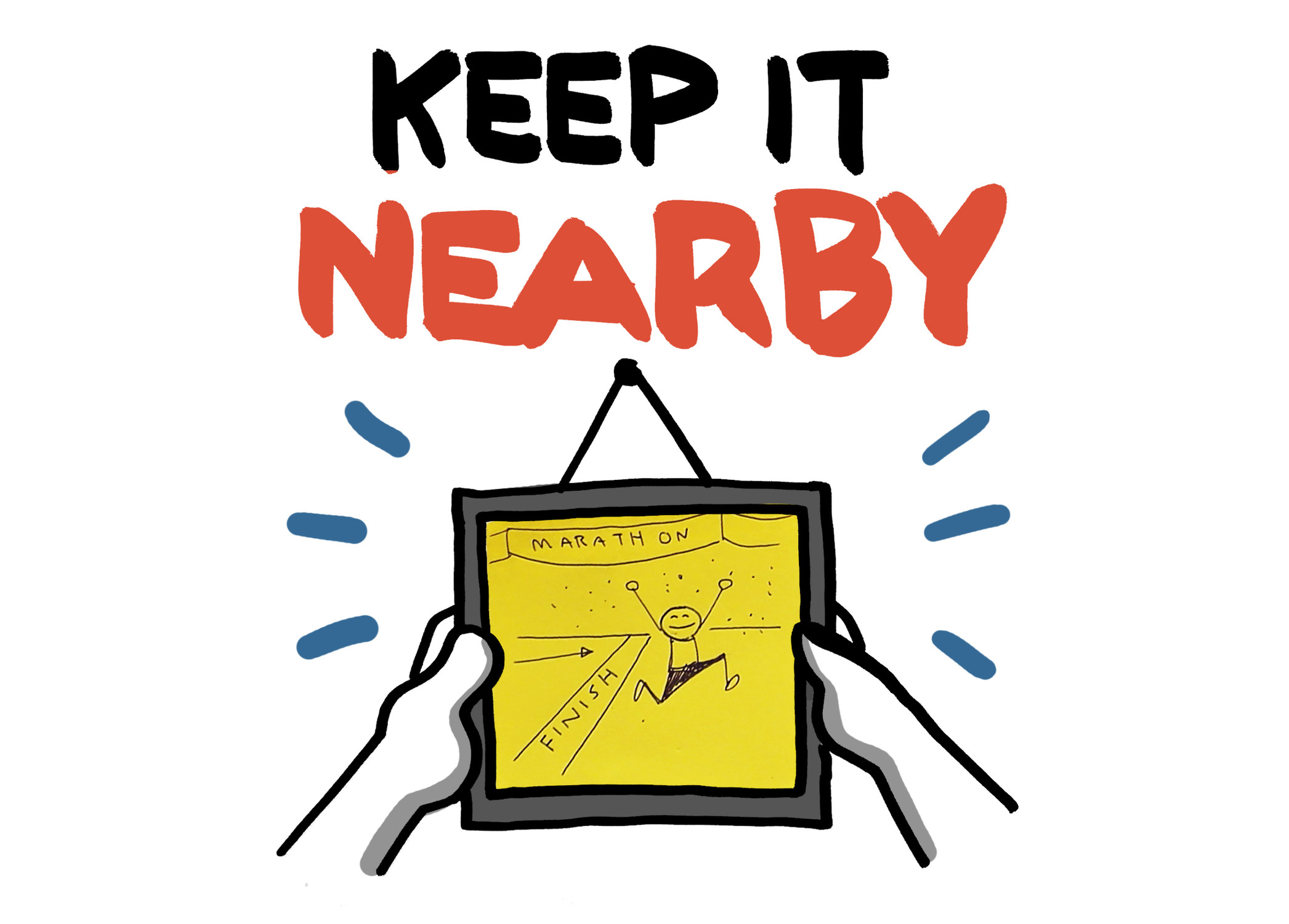 Once your drawing is finished, place it somewhere you will see it often. This could be in a frame on your desk, mounted on the wall, in your wallet or purse, or as the wallpaper of your smartphone. By seeing your drawing often, it will keep the visualization front of mind as you go about the hard work of achieving the goal. 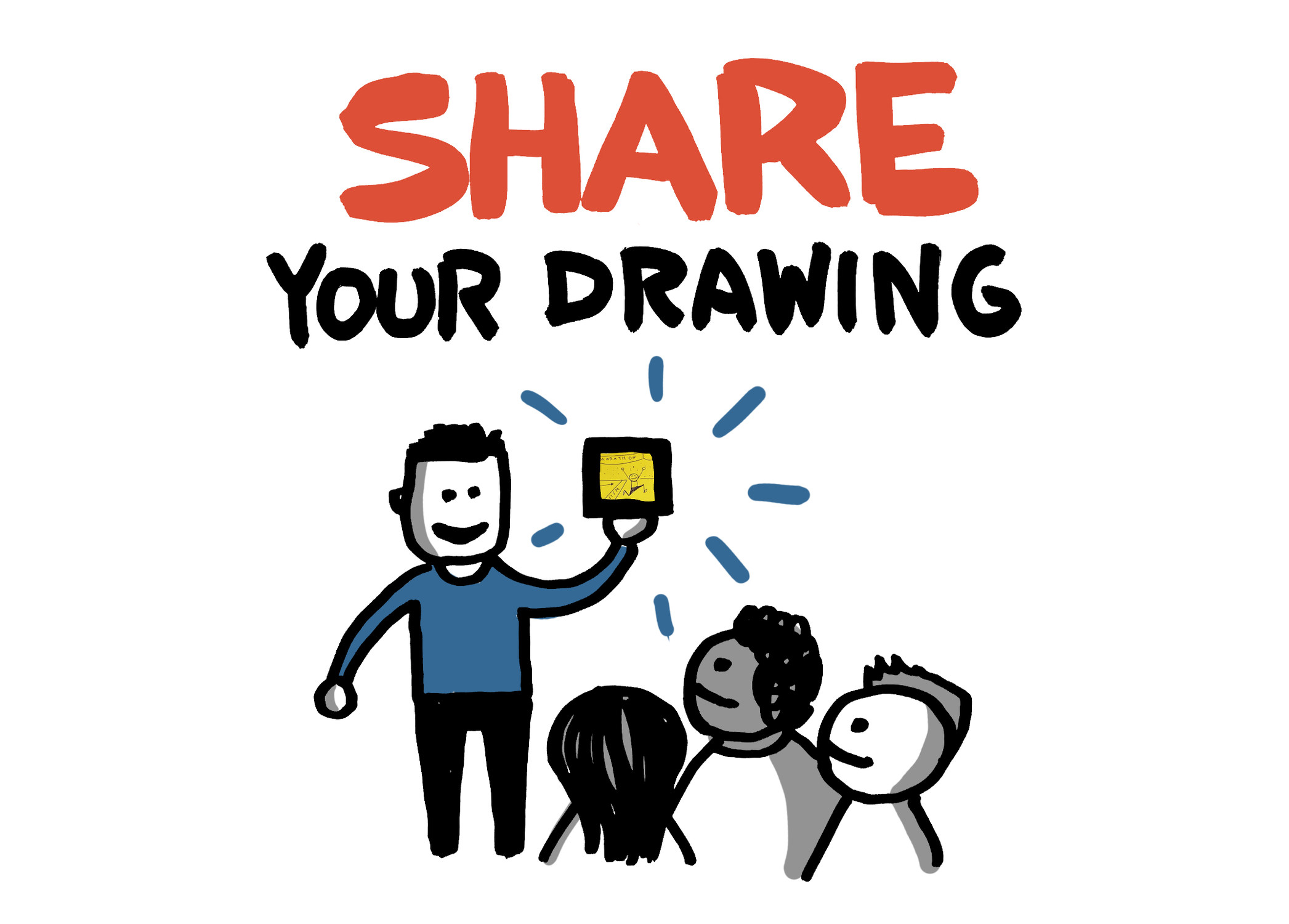 Accountability is a huge factor when it comes to achieving goals. If you have a drawing of your goal, you can more easily show it to others and invite them into your goal journey. When a group of trusted friends, family members or co-workers know your goal—and you know that they know—it will increase your likelihood of staying the course and seeing it through.

In summary, next time you set goals, don’t let them fall by the wayside. Don’t allow your brain derail your ambitions with fear and resistance.

Use the principles of visualization to give yourself a leg-up on resistance and mentally pave your way towards success.

Now, take is a step further and literally visualize your visualization.

Drawing a goal is the first step towards achieving a goal.

Grab a marker and get to work.

You have Successfully Subscribed!